About The Secret of Elise

2015, a young couple has just moved into Bellerive, a beautiful house in the South of France… haunted by the ghost of a young girl who died in 1969 under eerie circumstances. In 1986, a different family lives in the house and is faced with a disturbing friendship between their young daughter and the ghost. What was it that happened in 1969? How did Elise come to drown in the marshes right by Bellerive? Her mother never did believe that it was simply an accident.…

Written by Elsa Marpeau and Marie Vinoy, with the collaboration of Marie Deshaires and Catherine Touzet, based on the American TV show The Oaks created by David Schulner, written for English television by Stephen Greenhorn, a format Twentieth Century Fox Film Corporation

Produced by Quad Télévision
With the participation of TF1
In coproduction with AT-Production - R.T.B.F. (Télévision belge)
With the support of Région Languedoc-Roussillon, CNC and Radio Télévision Suisse 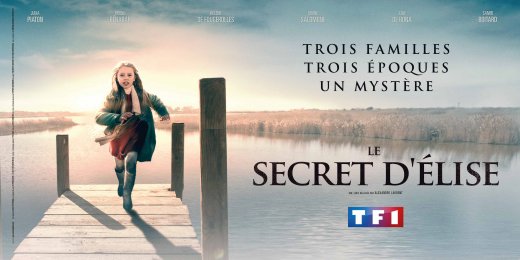